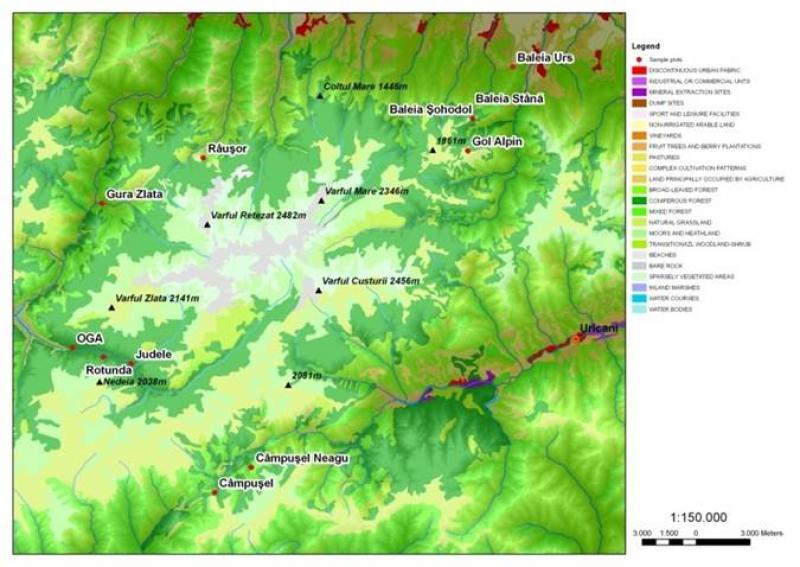 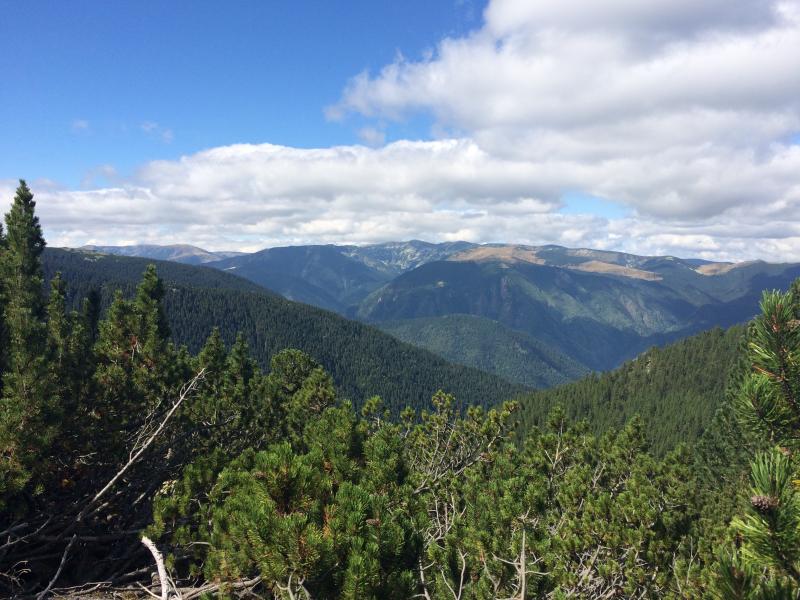 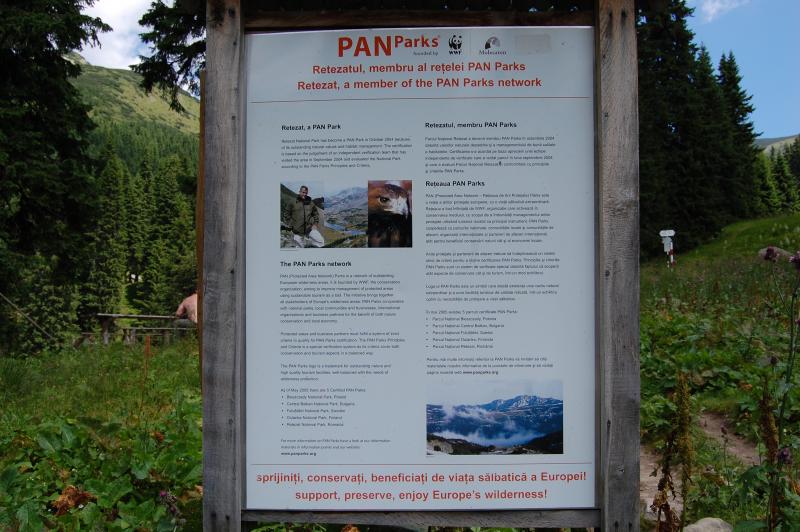 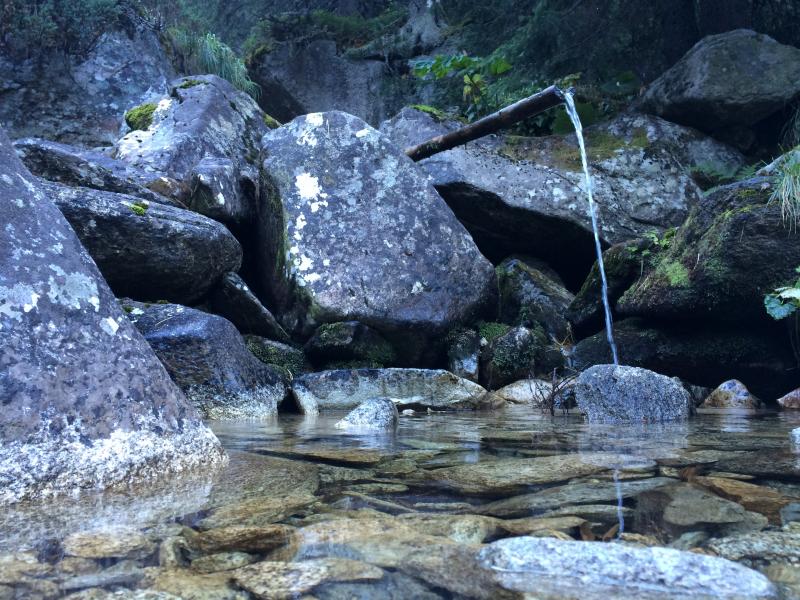 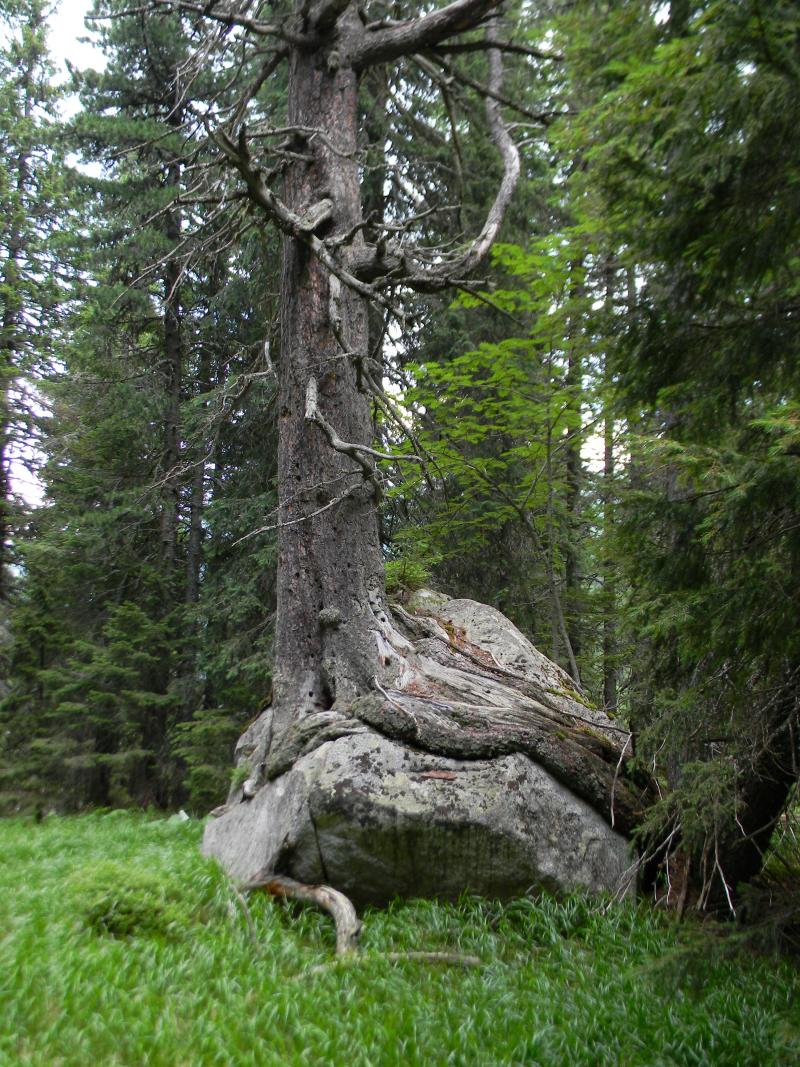 Centroid coordinates [.shp] [.kml]
Bounding Box [.shp] [.kml]
Boundaries [.shp] [.kml]
Site Details
Ecosystem and Environmental Characteristics
GEO-BON Biome
Terrestrial
Biome
Mixed Forest
Ecosystem and Land Use
Alpine
Forest
Temperate broadleaf and mixed forests
Temperate coniferous forests
Grasslands
Lakes
Fresh Water Lakes
Rivers
Biogeographical Region
Alpine Bio-geographical Region
Air Temperature: Average Annual
10.00°C
Precipitation Annual
1170.00mm
Geology
Retezat National Park is composed of the Retezat- Godeanu mountain ranges. The Retezat range extends north from the center, and rises from between the Petrosani and Hateg tectonic hollows.
The main characteristic of the Retezat Mountains is given by the presence of two big eruptive blocks that stretch out in the direction of Lapusnicul Mare and Barbat rivers: the Retezat type granodioritic massif to the North, stretching out over a length of more than 40 km and width of around 20 km and the Buta granodioritic massif, located in the south of the Lapusnic- Barbat valley corridor, which drops under the Jurassic deposits of the Retezatul Mic.
A strip of crystalline schists with quartz schists, mica-schists and clorito -amphbolic schists stretches between the two blocks.
Another strip of crystalline schists, adherent to the Danube domain, stretches out to the Northwest of the northern granite block. The crystalline mass fuses with the eruptive intrusions.
The sediments are represented by some Paleozoic and Mesozoic geological patches (especially Superior Jurassic and Inferior Cretaceous limestones), they are located on the eastern periphery of the Retezat (the Tulisa crest) and in the South- Southwest (Retezatul Mic).
The crystalline of the getic layer can only be found on the northern face of the mountains, stretching further under the sediments of the Hateg and Petrosani hollows.

Vegetation
Retezat is famous for its floral diversity, sheltering around 1190 superior plants species of the 3450 species known in Romania. The existence of more than a third of the Romanian flora in this area is one of the reasons for which it was declared a National Park. An approximate number of inferior species adds to the above-mentioned ones.
This is the reason why the interest of the botanists in the flora of Retezat started quite early, in the second half of the 18th century. However, representative works for the area appeared later, Borza (1934), Nyarady (1958) (who published ?The Flora and Vegetation of the Retezat Mountains?) and Csuros and others (1956) having a great contribution. Over 90 endemic species?, of a total of 127- 400 endemic species? in Romania, are extremely important to conservation of the plants in Retezat. The first endemic plant reported in RNP, was the , Ddraba dornerii, discovered in 1858 by Heuffel.
The 130 rare or vulnerable plants of the ? Red list of the superior plants in Romania? (published in 1994- Oltean and others) are also of great importance.

Pedicularis exaltata, species belonging to the flora of RNP, is recorded in Annex III to Law 462/2001- animal and plant species whose conservation requires the determination of the special conservation areas and in Annex IV and requires a strict protection. Moreover, other two species, namely the yellow gentian (Gentiana lutea) and the snowdrop (Galanthus nivalis) are recorded in Annex V of the species for which the exploitation and collection? requires management measures.
From a genetic point of view, The Retezat Mountains represent the center for the Hieracium genus, which includes in the area 257 species , some of them endemic, like Hieracium borzae, Hieracium nigrilacus. It also represents the genetic center for the Poa genus, which includes 31 taxa. Moreover, an entire series of species and infra-taxa (subspecies?) have their classic place here: Barbarea lepuznica, Centaurea retezatensis, Oxytropis jacquinii ssp.retezatensis, Hypochoeris maculata var. carpatica, Festuca rupicola var.retezatensis.
The area - geographic analysis of the flora points out as predominant the general Eurasian elements, consisting of 44%; there are also circumpolar (13%), alpine (9%), European (12%), southern (6%), Asian (5%), endemic (7,2%), poly core (3,4%) and adventive (1,4%) elements.
There are over 60 plant associations of cormophiteincluded in 10 classes of vegetation; this proves once again the floral diversity of the Retezat Mountains. The most various associations can be found here: from Pino-Quercetum moehringietosum pendulae in the low regions of the RNP to Oreochloo- Juncetum trifidi; itspopulate, on small areas, the peaks, crests and very inclined slopes of the alpine level. Being highly important from the point of view of the flora, the calcareous area of the Retezatul Mic has a large number of rare and/ or endemic plants such as Barbarea lepuznica, Pedicularis baumgarteni and many others. The area is very vulnerable to the impact of grazing.
The pastures of the alpine area are areas of a special importance because most of the alpine flora species, i.e. Gentiana, Potentilla, Pulsatilla, edelweiss (Leontopodium alpinum) and others can be found here.
The limit area between the cliff area and the alpine pastures is another area of special interest, where the rose bay (Rhododendron kotschii) and dwarf pine (Pinus mugo) can be found. The dwarf pine (a protected species in Romania) is widely spread over the steep slopes of Retezat, and supports the detritus. The European pine (Pinus cembra), a rare species, appears in larger and more compact groups than in other massifs.
The species of trees and bushes are given in Chapter 2.3.3. Habitats.
The sheep grazing represents the biggest threat to the flora of Retezat National Park. The characteristic species in the alpine pastures are gradually replaced, especially as a result of excessive grazing, with adventive species, respectively with less sensitive species (Nardus stricta , for example).
Soils
In relation with the altitude and rock structure, one can find in Retezat a great variety of soils, with acid soils in the crystalline part and alkaline soils in the calcareous area.

The forest and forest pastoral plannings identify 11 genetic soil types. The specific types of soil within the Retezat National Park are: brown acid soil and feriiluvial brown, rendzina, brown eumezobazic soil, humicosilicatic soil, litho- soil, podsols and peat podsols, etc. The podsol is the most frequent genetic type, not only in the alpine area, but also in the forests. The brown acid soils and brown eumezobazic soils are more frequent in the forests
Hydrology
The tectonic, lithology and morphologic conditions of the Retezat Mountains, correlated with the positioning of the crests in relation with the advection of the oceanic air masses, make the massif be the area with the highest humidity and draining in the Romanian Carpathians.
The abundant hydrographic network drains in two directions:

Northwards, towards the Strei River (the Mures hydrographic basin), which collects all the waters from the west, north and northeast of the massif.
Southwards, towards the West Jiu river (the Jiul Romanesc Hydrographic basin).
The density of the river network is higher in the Strei hydrographic basin (0.8- 1.0 km/ km 2) than in the one of the Jiu (0.7- 0.8 km / km 2). According to the altitude, one can notice that the maximum density corresponds to the sub- alpine level and the minimum one to the alpine level.
The values of the specific medium drain increase proportionally to the altitude: from 14.3 l/s/ km 2 between 600 ?800 m, at over 40 l/s/km 2 at altitudes higher than 2400 m. During the year, the maximum drain is usually reported in May- June, due to the snow melting and heavy rainfalls. The minimum drain takes place in the winter months, when the extremely low temperatures and precipitations do not offer the optimal conditions of maintaining the draining process. The winter drain conditions are stable and the summer drain is two times higher.
The average temperature of the rivers decreases proportionally with the altitude. It is around 4 0 at 1600 m and around 20C at 2200m .The maximum temperatures of the rivers arise in July- August (12 to 22 0 C) and the minimum ones in December- March (?20C to 00C).
The most important watercourse is Lapusnicul Mare, having an annual average flow of 12.9 m 3 /s. Waterfalls can be found on any brook within the Park.
The relic natural lakes play an important role in characterizing the hydrologic network of the Park. Their genesis was determined by the optimal conditions for the accumulation and transformation of the snow into glaciers, at altitudes higher than 1700 m, during the Superior Pleistocene. Over 37.8% of the Romanian glacial lakes are situated within the Retezat National Park. Located at the bottom of the glacial basins, ranged in tires, aligned, isolated or grouped in complexes, they represent a main attraction, not only for tourists, but also for the scientist who come to these places.
The morphometric elements of the lakes oscillate within large limits, some of them breaking the country records: Bucura- the largest glacial lakes, Zanoaga- the deepest. The surface of the lakes is between 300m 2 (Stanisoara I) and 88612m 2 ( Bucura) and the maximum depth is between 0,3 m (Stanisoara I & II) and 29 m (Zanoaga). The volume of the lakes varies between 90.3 m 3 (Galesul II) and 693.152 m 3 (Zanoaga).
Although they have relatively small surfaces, the glacial lakes have a highly important role in the natural regularization of the draining of the rivers in the Retezat Mountains. 58 permanent glacial lakes exist in the entire massif, located between 1700 and 2300 m. Some bibliographical sources mention the existence of over 80 glacial lakes.
As a result of the 20th century anthropic interventions, the regularization of the river draining started to be controlled also by means of the dam lakes (artificial lakes), which are built on Rau Mare. The building of the Gura Apei reservoir lake, at the junction of Lapusnicul Mare, Lapusnicul Mic and Ses rivers, started in 1975 and was finalized in 2000. Two subterraneous feed pipes, collecting the water from the Rausor and Nucsoara rivers were built for supplementing the water capacity of the dam. The hydro- technique buildings have generated, due to the absence of water on several hundreds of meters of the Raul Mare riverbed, upstream of the Tomeasa dam, ecologic modifications, which have been studied to a little extent, mainly on the Raul Mare Valley. .
The swamps frequently appear in the Park in the surrounding area of some springs, alpine brooks or as the result of the partial clogging of some glacial lakes (the Judele glacial valley, the Negru pool, Lia, Bucura and Taul Rasucit lakes). These are the propitious areals to the water loving species. .
The shallow underground waters (phreatic waters), are mainly situated within the alteration crest at the bottom of the detritus areas (where important water reserves are located) and in the calcareous deposits area from the superior basin of the West Jiu river.
EUNIS habitat
Constructed, industrial and other artificial habitats (J)
Grasslands and lands dominated by forbs, mosses or lichens (E)
Inland surface waters (C)
Inland unvegetated or sparsely vegetated habitats (H)
Woodland, forest and other wooded land (G)
Protection Status and Resource Management
Protection Level (IUCN category)
Category II – National Park
Design and Scale of Site
Site Type (Spatial Design)
Platform
Design of Experimentation
partly experimentation
Scale of Experimentation
plot scale
Design of Observation
mainly observation
Scale of Observation
sub-catchment within catchment
Infrastructure
Infrastructure
Data infrastructure » Data services » Other data services
Data infrastructure » Data storage » Spatial data file (GIS)
Data infrastructure » Data storage » Spatial database (GIS)
Data infrastructure » Data storage » Relational database
Energy and data infrastructure » Data transmission » Data Transmission Type (within site) » GMS/UMTS
Energy and data infrastructure » Data transmission » Data Transmission Type (from Site) » GMS/UMTS
Accessible All Year
Yes
All parts of Site Accessible
No
Access Type
dirt road (4WD)
Permanent Power Supply
No
Operation
Permanent Operation
Yes
Site Visit Interval
30
Maintenance Interval
30
Data Management
General Data Policy
Co-authorship on publications resulting from use of the dataset
Network related information
LTER Site Classification
LTSER
Additional data
There is EURO-CORDEX climate scenario data available for this site: