Basic Information
Site Name
Loch Katrine
Short name
L12
Country
United Kingdom
Web Address
Loch Katrine ECN site
ECN Data Centre: Home
Site Manager
Andrew Sier [Primary ECN contact]
Site Description
UK ECN site. Loch Katrine lies within the catchment of the River Teith, a major tributary of the River Forth. The loch forms part of the water supply system to the city of Glasgow and as such the loch and the whole of its catchment is owned by the West of Scotland Water Authority who control all activities within the area. Water from two neighbouring lochs, Loch Arklet and Finglas Reservoir, is piped to Loch Katrine and water for Glasgow is moved 24 miles through underground aquaducts to Milngavie Reservoir on the outskirts of the city. Loch Katrine lies at an altitude of 116 m above sea level (at top water level) and at its deepest point is over 140 m deep. It has a capacity to store 64.6 million litres of extremely high quality water. The loch is bounded at its southern end by a low dam and the surrounding hills rise to over 700m on the northern and southern shores. The bed of the loch shelves away very steeply and only at its western end are there large areas of shallower water away from the shoreline. Vegetation in the catchment consists mainly of rough heather and grassland with areas of afforestation at the eastern end of the loch. The area is grazed by sheep and red deer. Being part of the Trossachs it is a very popular tourist area during the summer months.
Last modified
2021-11-23 11:11:27 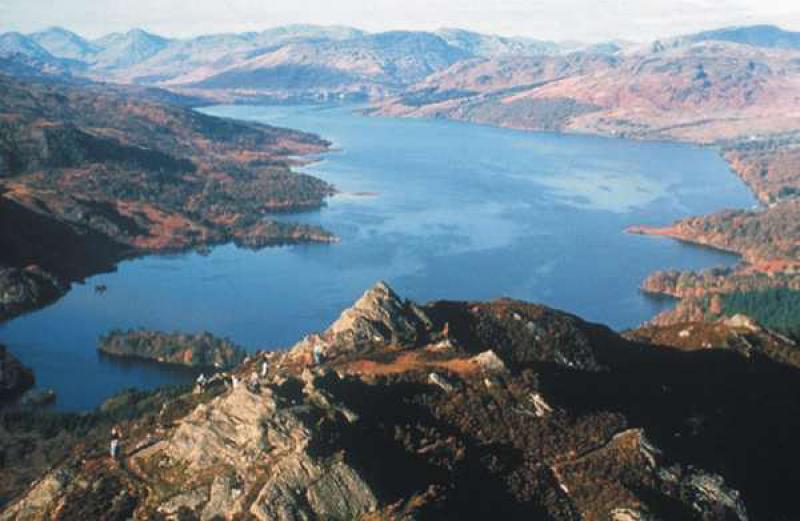