Basic Information
Site Name
Luquillo Long-Term Ecological Research
Short name
LUQ
Country
Puerto Rico
Web Address
http://luq.lter.network
Subsite Name(s)
Luquillo Forest Dynamics Plot - Puerto Rico
Site Manager
Jess K Zimmerman
Miguel Leon
Site Description
The majority of the Luquillo Long-Term Ecological Research (LUQ) program takes place in the Luquillo Mountains of Puerto Rico. This tropical setting has steep environmental gradients, a varied natural disturbance regime, and a history of human land use. Of the mountain area, 11,330 hectares are included in the Luquillo Experimental Forest (LEF), which is congruent with El Yunque National Forest, part of the U.S. National Forest system. The mountains rise to over 1075 m. Prevailing winds coming off the ocean from the east drop rain as they rise over the mountains; thus rainfall increases with elevation, ranging from about 3530 mm/year at low elevations to 4850 mm/year higher up. February through April are the drier months, but monthly rainfall is variable. Mean monthly temperatures at lowest elevations range from about 23.5ºC in January to 27ºC in September, and at the highest elevations from 17ºC to 20ºC (Climate and Hydrology). The geology of the Luquillo Mountains is mainly described as igneous rock formed in the Cretaceous, with some intrusive materials from the Tertiary. Soils are deep, weathered, and moderately rich in nutrients. Little humus accumulates, due to rapid decomposition, except in local areas at upper elevations, where decomposition seems to be inhibited by waterlogging. There are four main life zones, delineated on the basis of temperature and precipitation (Holdridge System), in the Luquillo Mountains: subtropical wet and subtropical rain forests are found at low and mid elevations, lower montane rain and lower montane wet forests at high elevations. There is also an area of subtropical moist forest at low elevations on the southwest slope. Natural disturbances in the Luquillo Mountains include hurricanes, landslides, treefalls, droughts, and floods. Human disturbances, mainly in the past, include road construction, charcoal production, clearing for pasture and crops, creation of coffee plantations, and logging. The forests are classified into four types: "tabonuco forest", "palo colorado forest", "palm forest", and "elfin woodland forest". Ascending the Luquillo Mountains through these forest types, shows a distinctive forest dynamic with the average tree height and diameter, number of tree species, and basal area (cross sectional area of tree stems) tend to decrease, while stem density increases. Epiphytes become more common with elevation. The animal community in the Luquillo Mountains exhibits several distinctive characteristics that affect the structure of its food web. The characteristics are a product of tropical location, disturbance regime, and spatial and temporal constraints related to island size, distance and history of isolation from continents. The only native mammal in the area are bats, all other mammals (cats, rats, and mongooses) are introduced. Birds include several species endemic to Puerto Rico, such as the Puerto Rican Tody, an understory insectivore, and the Puerto Rican Parrot, an endangered species. Streams in the Luquillo Mountains have steep channels with many boulders and series of pools and riffles. The dynamics of stream ecosystems are strongly influence by physical factors, such as the rapid change in elevation from headwaters to coastal plains, the intensity and frequency of rainfall events, and the high temporal variability of stream discharge.
Last modified
2021-01-28 04:01:00 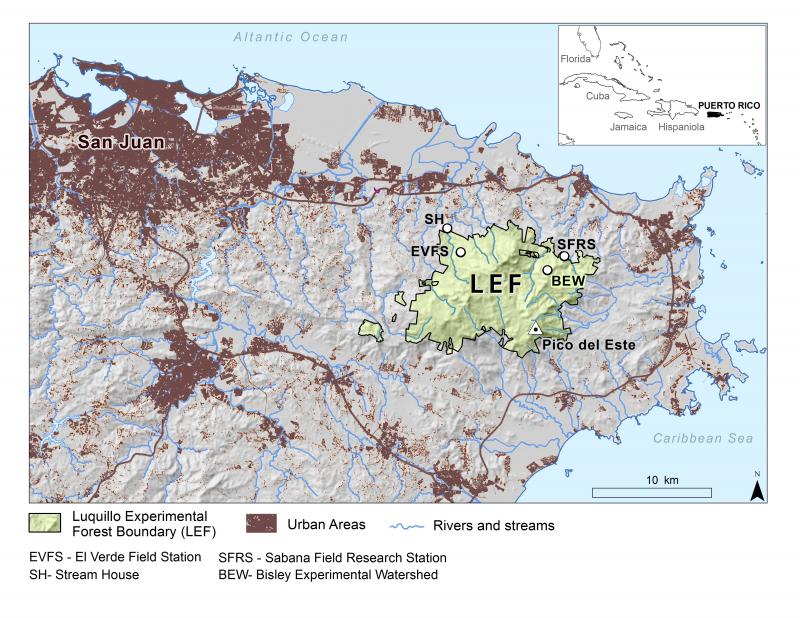 Map of the Luquillo Experimental Forest 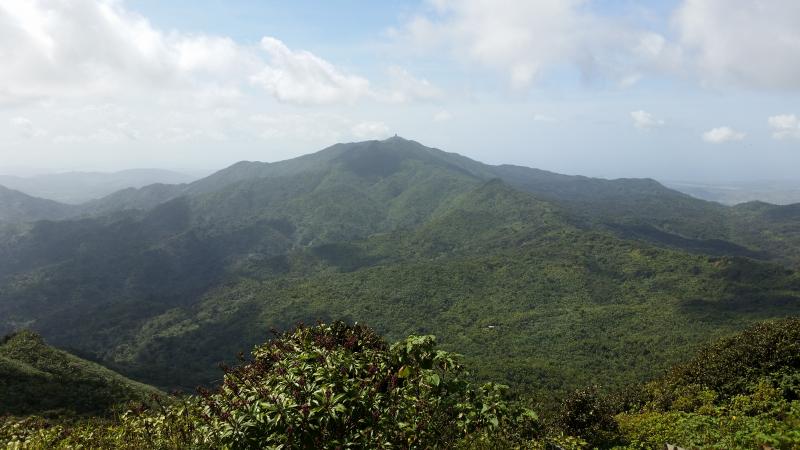 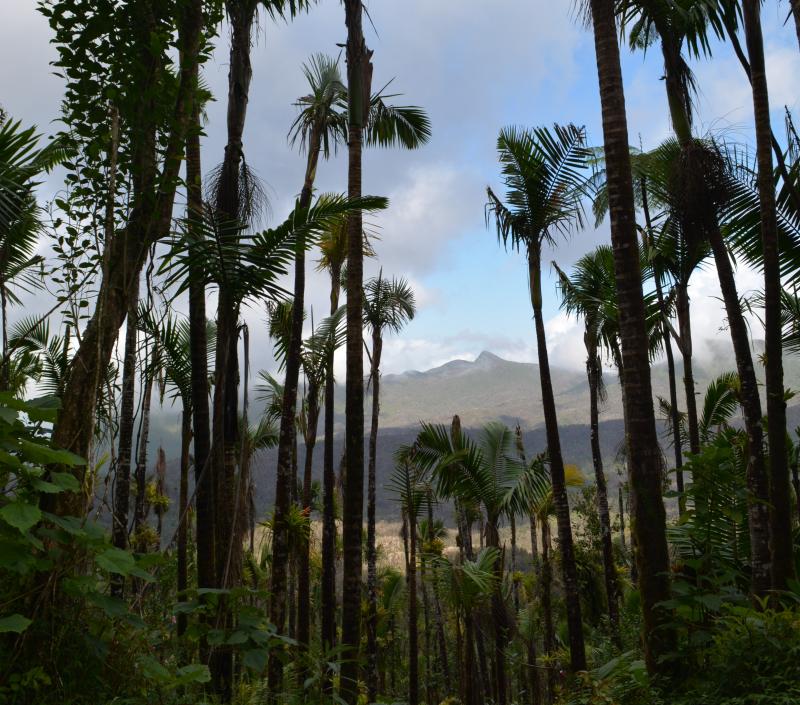 The scientists, the LEF-LTER Program, and the USDA International Institute of Tropical Forestry (IITF) must receive adequate acknowledgement for the use of data by other scientists, and the LEF LTER program must receive two copies of any publication using that data. One copy will be placed at the IITF library and one copy will stay with the LEF LTER Data Manager. A suggested format for this acknowledgement will be distributed along with the requested data.

ADEQUATE DOCUMENTATION AND TRANSFORMATION OF DATA

It is the responsibility of the scientist to assure that the documentation and transformation of their data will be adequate to permit data to be used by scientists not involved in its original collection. The Data Manager will make sure that the investigator complies with this requirement when filing the data set with Data Management.

The cost of making data available will be covered directly by the person requesting the data except in those cases of reciprocal sharing or collaborative research. An estimate of the cost will be given to the person requesting the data prior to its delivery in those cases where the manipulation of the data and generation of the report have a high cost. A document explaining our pricing policy is available upon request.