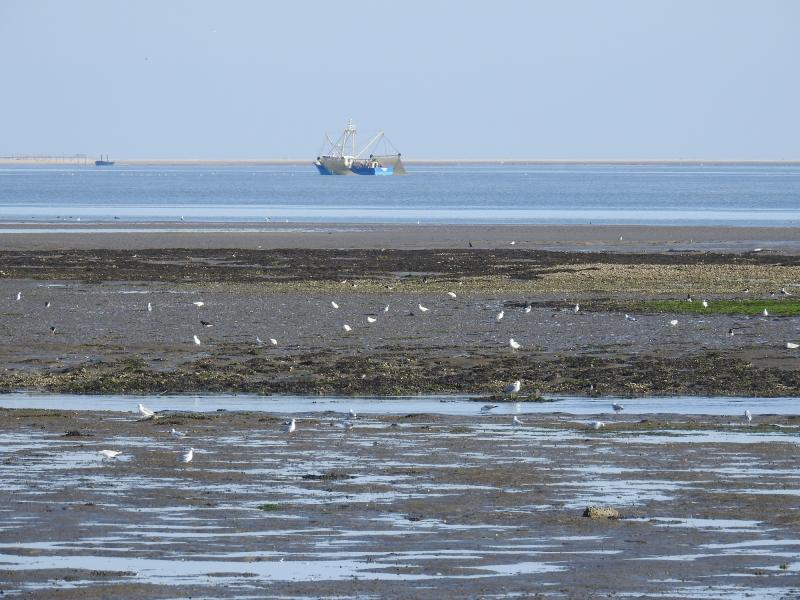 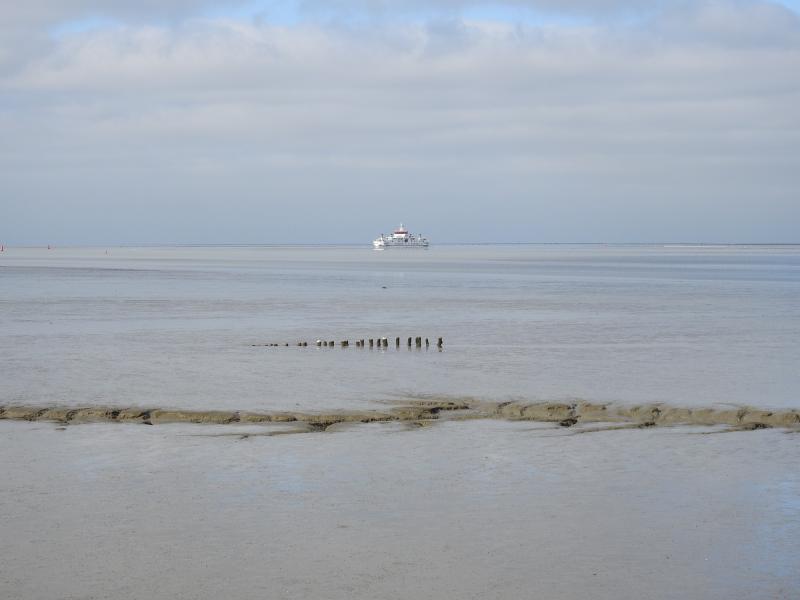 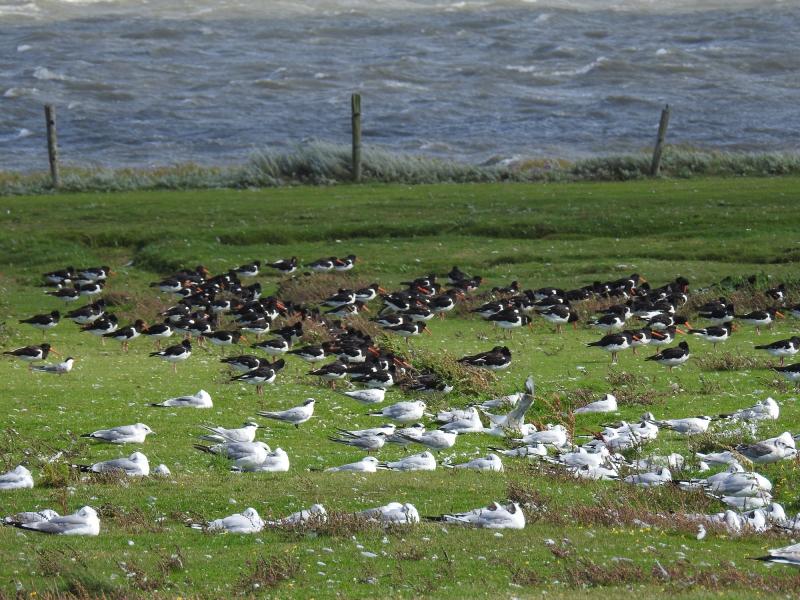 Oystercatchers, gulls and terns roosting during high tide on a grazed saltmarsh on the island of Vlieland 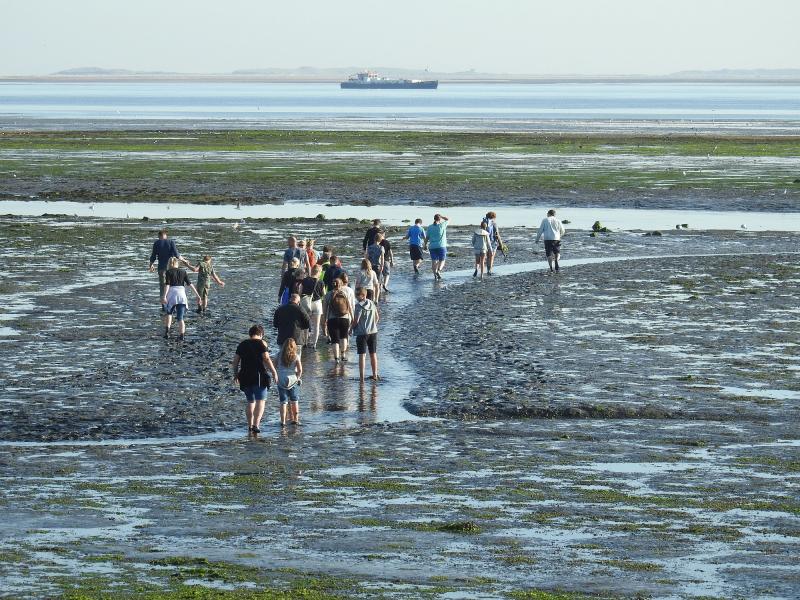 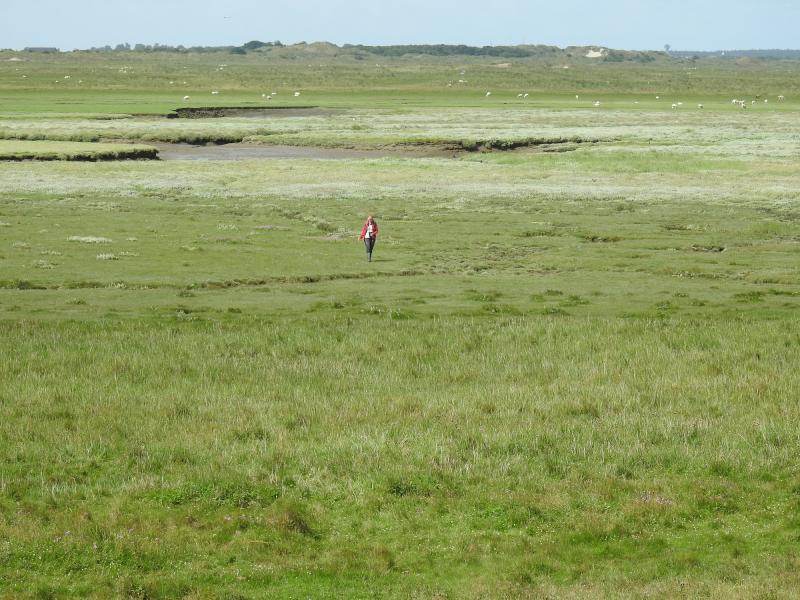 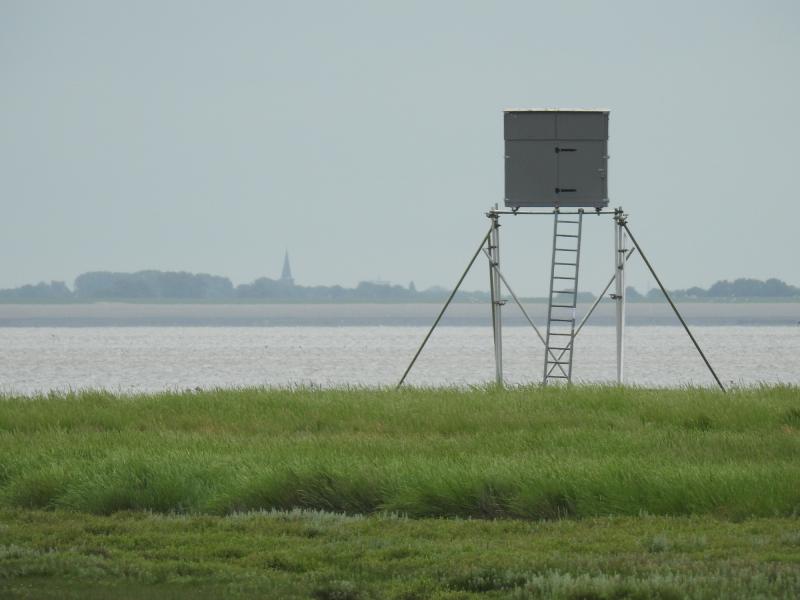 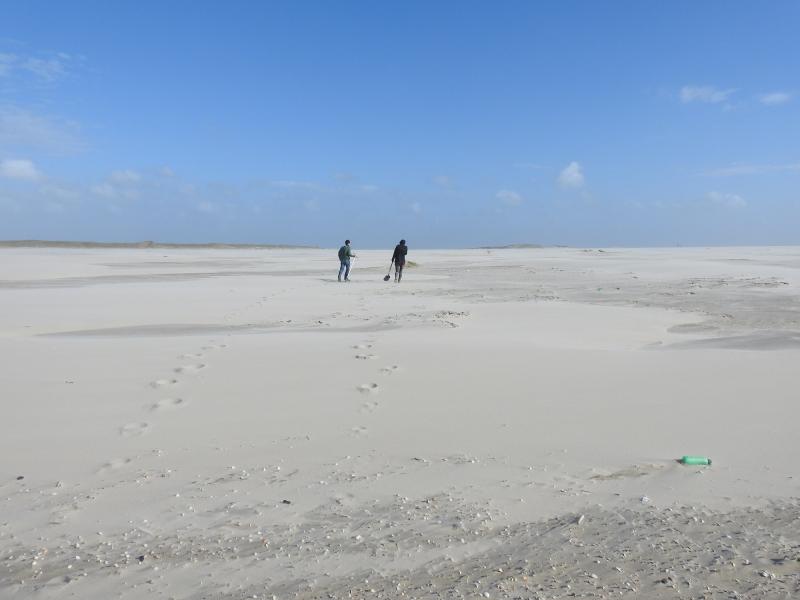 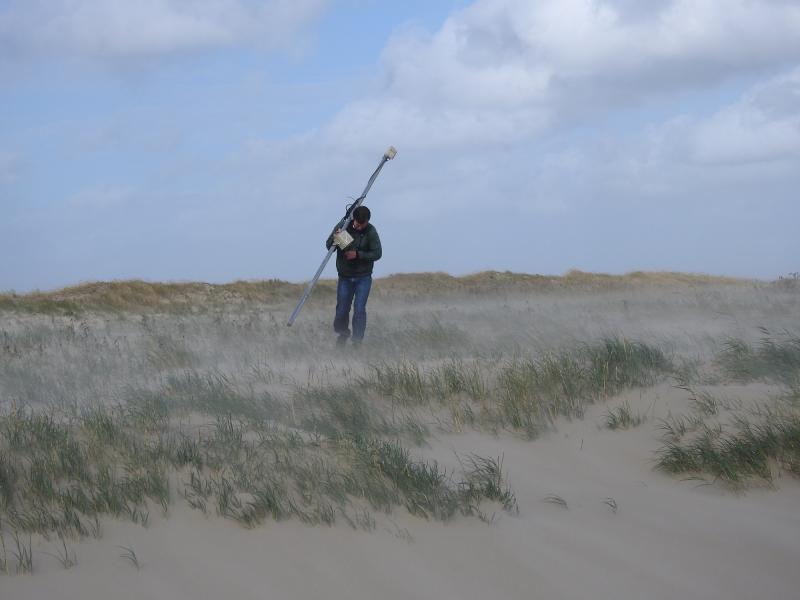 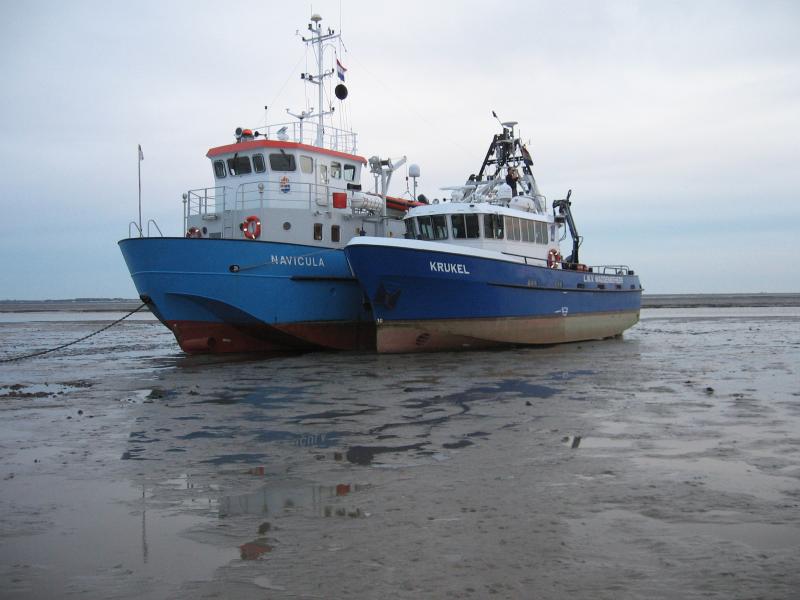 Research vessel Navicula from NIOZ and vessel Krukel from ministry LNV used for both inspection, monitoring and research, on exposed tidal flats

Downloading measurements from a measuring pole on board a research vessel 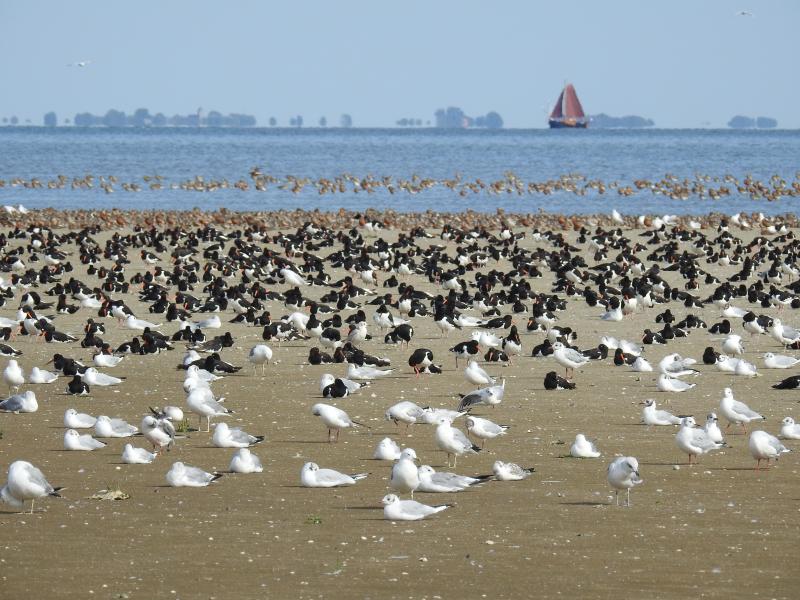 Birds roosting during high tide on a sandbank