Basic Information
Site Name
Ramat Hanadiv (RHD)
Short name
Ramat Hanadiv
Country
Israel
Web Address
http://www.ramathanadiv.org.il
LTER - ISRAEL
Subsite Name(s)
Ramat Hanadiv LTSER Platform - Israel
Site Manager
Liat Hadar
Site Description
In September 1993, Ramat Hanadiv inaugurated the Long Term Ecological Research (LTER) station as part of the global and Israel LTER network. One of the main areas of activity at the station is a long-term monitoring program. The long-term monitoring program includes continuous monitoring of several parameters and organisms as determined in advance: Gazelles, chukars, passerines, butterflies, herbaceous vegetation, and woody vegetation. A meteorological station has been established in the park to collect climactic data. The information is gathered and stored in a web-based database providing baseline data that can serve in the future as a point of reference. Our aspiration is that the combination of monitoring and management will in the long term enable the conservation and enrichment of the diversity of species, communities, landscapes, and processes of the Mediterranean landscape. In addition to the activities of the LTER station, Ramat Hanadiv is also implementing dozens of studies focusing on a wide range of fields. These studies are carried out by students and researchers from universities throughout Israel. In the Israeli context Ramat Hanadiv is a unique case of a natural area that is actively managed, intensively studied and mapped on all levels. As such, it cam serve as an example of nature conservation and management of Mediterranean ecosystems in Israel.
Last modified
2020-08-12 12:08:21 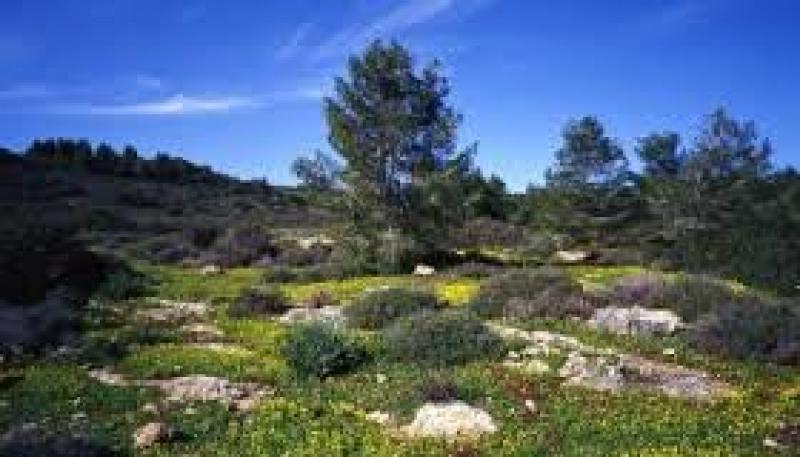 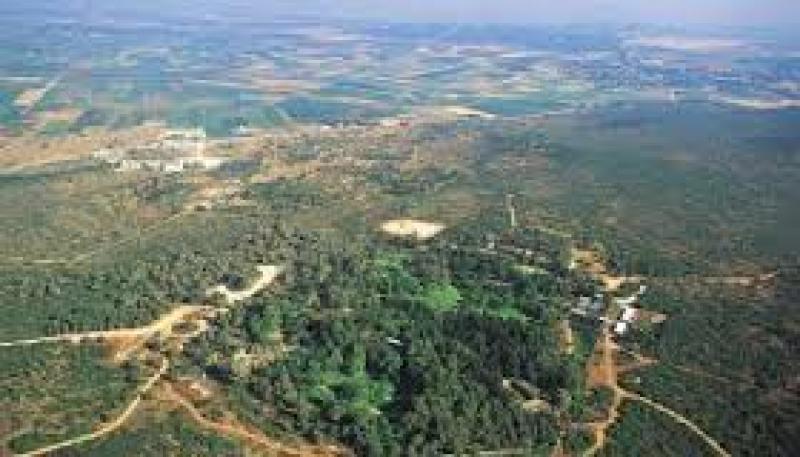 The rocks of Mount Carmel are mainly dolomites, limestones, chalk, and marls from the Albian-Turonian Judea Group.
Lateral facies changes and extensive volcanics are typical to this Carmel section.

The Southern Carmel ridge is a north-south directed anticline of which only the eastern side is exposed.

Ramat Hanadiv is located near the Timsach Springs, the major karstic outlet of a regional aquifer of the Judea group. A local, seasonal spring, Ein Tzur, is located in Ramat Hanadiv and is a result of local lithology and structure. A marly tuff layer stops the fast vertical drainage of rain and irrigation water from Hanadiv Gardens. The down slope flow comes to the surface as the tuff crops out at Ein Tzur. The present morphology and topography of Ramat Hanadiv is a result of Neogene and Pleistocene lift up and different erosion processes. The western cliff and elevated Ramat Hanadiv plain are products of pleocoastal abrasion. The mild eastern slope was formed by preferred surface and channel erosion of soft chalk and marl of the ?Mount Scopus? and ?Avdat? groups. Karst erosion is the major recent geomorphic process.
Vegetation
The typical vegetation formation at Ramat Hanadiv is Mediterranean garrigue dominated by low or mid-size shrubs such as Phillyrea latifolia, Pistacia lentiscus and Calicotome villosa, and by the dwarf shrub Sarcopoterium spinosum. Between the shrub clumps are exposed rock or shallow soil patches covered by diverse herbaceous vegetation. There are differences in vegetation density and degree of development, which can be explained by the water regime and the rock-soil formations, as well as by land use history.

One of the characteristic traits of the rock-soil foundation at Ramat Hanadiv are the exposures of marly tuff that create the inner valleys, ?tuff terraces? on the western escarpment, and wadis that cut into the marly tuff and the central tuff valley. It seems that these areas were once farmed so that none of the natural woodland survived. Today this area is dominated by herbaceous vegetation, along with large isolated trees, planted conifer stands; a portion has undergone scenic restoration and transformed to orchards or agricultural fields.

The eastern Ramat Hanadiv foothills are moderate and their soil is relatively deep. The typical vegetation in this area is open woodland with Carob Trees and shrubs accompanied by abundant herbaceous vegetation and grasses (Gramineae).

The herbaceous vegetation in the woodlands and garrigue appears in patches between the shrubs and rocks and is rich in species (42 species on a 5m2 or 55 ft2 plot; Hadar 1996) with diverse life-forms. The Ramat Hanadiv plant list includes 617 species (of a total of 2388 species in Israel).

Forty-two plant species which grow in the Park are considered ?rare? according to Israeli standards (comprising 4.85% of all Israeli rare species); 35 of them are endemic and six are ?red? species according to the IUCN. Another species of special interest which grows in the Park is wild wheat, Triticum dicoccoides.

In May 1980, a great wildfire broke out north of Ramat Hanadiv and destroyed considerable parts of the Park (about 25% of the Park area). The vegetation recovered and the woodland closed up rapidly in the early years following the fire, and continues to do so today, albeit at a slower rate. The fire demonstrated the latent dangers in the Mediterranean vegetation landscape in arid areas, as grassy patches dry up as summer approaches and become the wick for the flames fed by the woody vegetation.

In conclusion, Ramat Hanadiv's vegetation is a reflection of the vegetation in Israel as a whole. On one hand, there is the ?natural? vegetation formation that survived through thousands of years of disturbance and human intervention and is now at the stage of recovery and rehabilitation. On the other hand, this recovery leads to woody vegetation taking over open areas and suppressing herbaceous species that have higher species diversity. This picture is made even more complex by the addition of plantings, some exotic species and some local rapidly dispersing species (such as Aleppo pine - Pinus halepensis) which rapidly establish themselves in the ?natural? environment. This is further complicated by the use of fire and grazing as management methods (grazing was reintroduced into the Park in the early 1990s as part of the fire-prevention management programme).
Soils
The soil survey of Ramat Hanadiv aims to provide detailed information on the characteristics of the various soil units found in the area, to map the spatial distribution of each soil type and to propose recommendations for future land-use and development policy.

A correlation was found between the nature of the area in terms of parent rock, regional physiographic structure, developing soil and the natural vegetation on one hand, and the land-use practised in this area, on the other.

This report presents a map of the geographic-topographic and landscape units of Ramat Hanadiv, as well as maps of the natural vegetation units and land-use categories. An analysis of these maps exemplifies the correlation mentioned above.

The principal factor determining soil development at Ramat Hanadiv is the parent rock: dolomite of the ?Zichron formation?, volcanic marly tuff (?Shefeya formation?) and dolomite and limestone of the ?Shune formation?, all of the Albian-Turonian Judea Group.

The eight soil units most common in the Ramat Hanadiv region were defined, mapped and described in this work. Each unit is described in the most detailed form, defined in the Israeli Soil Classification as ?soil type?. The division of the area into soil units is based on morphological characteristics, diagnostic horizons, specific features, processes of soil evolution and correlation with parent material, physiography and environmental conditions.


The soil units of Ramat Hanadiv: